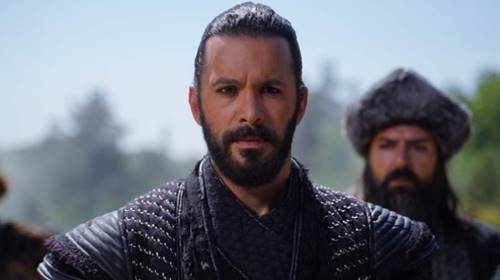 In Kurulus Osman Episode 100, According to history, Belçik and Yarhisar were conquered so after bringing Holofira away from there, she was married to Orhan Ghazi. Orhan Bey was seventeen years old at the time of this marriage, but when these two fortresses were conquered in the series, Holofira was brought back. So she was sent to Bursa and then came the conquest of İnegöl Castle and Yenişehir. That is, this historic wedding was not shown on time.

This was because there was already a lot of history messed up in the series, and Orhan and Holofira were shown to be younger because of which he was not married. The question in the minds of the fans is when they will get to see this historic wedding. History also records that a grand ceremony was held for the marriage of Orhan Bey and Holofira. Which happened in Karachaisar. The series seems far removed from these events. Now the question is when this mistake will be rectified.

Viewers, has no doubt that this marriage will be shown in the upcoming season. But Holofira will not appear at the beginning of the season. Rather, Holofira will be mentioned after some episodes have passed and then she will return.

The series may also feature an exchange of love letters between Holofira and Orhan. When Holofira is brought back, so she will be married to Orhan Bey. It is possible that the time gap of the upcoming season will also come up at the time of his marriage. We will also get to see Orhan Bey’s offspring in the final days of the Kuruluş Osman series. And it will be when Orhan Bey’s story is brought to the attention of everyone. At the moment, the center of all the story is Osman Bey, but we will definitely get to see this marriage in the upcoming season.