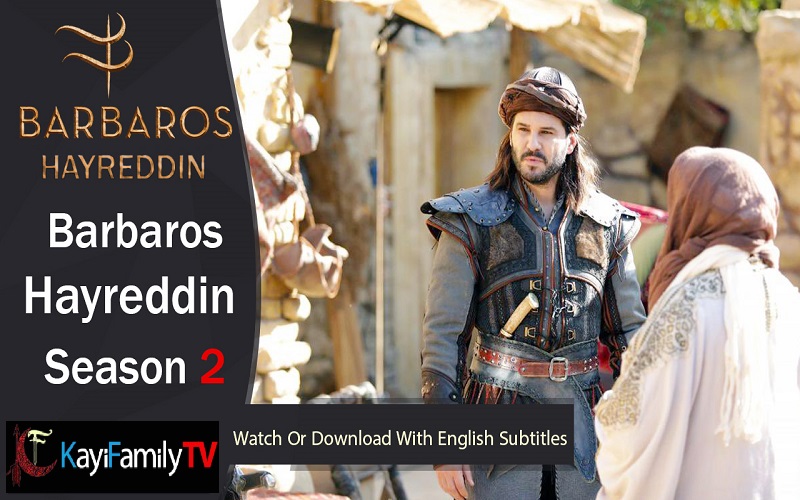 In Barbaros Hayreddin Episode 5, Hayreddin says he has to go inside no matter what, but when he sees the guards coming, he starts to run away to the forest. The sentries begin to wander through the forest. Dervish kills one of the soldiers and then returns to Venice with Hayreddin. Salih says that thanks to the man Pedro will send, he can now send a letter more easily. Marcella tells that Doria has come to the tavern.

Murat goes to the warehouse and says he wants to take lessons from Nazife. Yahya asks Nazife to be very careful and sends a spy to follow Murat. Dervish shows Hayreddin the mask and hose he produced. Hayreddin gets very excited and says this mask will work. Pedro brings the message written by Salih. Hayreddin says he will use barrels full of gunpowder and writes an answer to Salih.

Charles wakes up and tries to figure out what’s going on. Salih hears the explosion and immediately takes action to save Henry. The Lord says that French bandits are responsible for this attack. Charles asks Doria to go to the courtyard and goes to check on the boy. Salih saves Henry from the cellar and delivers him to Hayreddin. Charles realizes that Henry has been kidnapped and sends his soldiers into the forest.

The Doge begins to read Charles’ letter and says that Alessandro Medici is the Duke of Florence. Charles also says that he is the Holy Roman Emperor with the permission of the Pope. Finally, Charles announces that Doria is about to attack Livorno. Hayreddin immediately leaves the meeting to inform Sultan, but Doge’s soldiers attack him. Kemankes proposes to Seyyare, but she does not accept it. After what Lorenzo says, Doge goes to Luna’s house and tries to arrest her.