Ulas Tuna Astepe as the leading actor in Barbaroslar Series 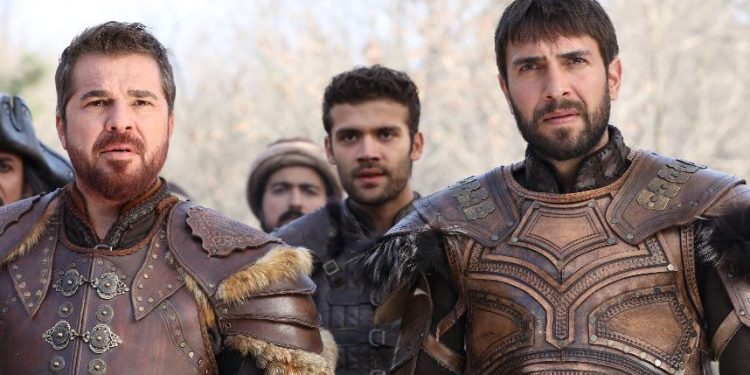 Ulas Tuna Astepe as the leading actor in Barbaroslar Series

In Kurulus Osman Episode 103, The great characters from the Dirilis Ertugrul series that were demanded to be seen in the Kurulus Osman series. They were Ertugul Ghazi, Turgut Alp and Selcan Hatun. Not only that, many other characters were part of this list. The Kurulus Osman series team took action on this, anticipating the interest of the fans. And the return of characters from the Dirilis Ertugrul series began. But surprisingly, his decision was a little different, he started introducing important historical characters in a new form. But even today there is this question in the hearts of the fans, why didn’t the old characters they knew come back?

We will talk about two important characters, Sungurtekin and Turgut Alp. Sungurtekin Bey also appeared sporadically in the Dirilis Ertugrul series and then on the strong insistence of the fans, some of his highlights were also included in the Kurulus Osman series. And then he was shown as a spy. Many people think he still exists as a spy. But let me tell you that his role as Kurulus Osman is completely gone from the series. This was announced by Mehmet Bozdag, the producer of the series himself.

Anyway, the series has come a long way historically. So it is not possible to see his role in this era If we talk about the present era, then everyone points towards Turgut Alp, which was a very strong historical character. And in the Dirilis Ertugrul series, he had a distinct identity of his own. But Turgut Alp was that character after Ertugrul Ghazi. The fans could not come out of its charm even today. And on the strong demand of the fans, the Kurulus Osman series team adopted the same style again because history could not be ignored either.